The New Earth and the Universal Human

Earth is awakening to a new level of consciousness. This cosmic being who has welcomed in her own body an immensity of life forms, this nurturing Mother who nourishes you with her own substance, has reached the last phase of a long cycle of transformations. She purifies herself, eliminating anything that is no longer compatible with her new vibrations; she regenerates at an unprecedented pace. Her convulsions, often seen as “natural disasters”, are a sign of exhaustion, but also of rebirth.

Humanity is awakening to a new perception of itself and to the purpose of life on Earth. Everything has become planetary; time and space seem to contract. But recognition of the planetary dimension of life implies very different levels of consciousness.

In recent years, increasingly global forms of domination have attempted to subjugate the most subtle aspects of human existence. Having reached the climax of spiritual dissociation, these practices became incompatible with the current state of consciousness of Mother Earth. The resulting physical, social and individual upheavals accelerate the collapse of beliefs and ways of life all over the planet.

In such chaotic atmosphere, a new human consciousness is emerging, detached from the confrontations, oppositions or conflicts raging everywhere. How is this possible? How can one rise above the turmoil and experience, in the present, the advent of a higher consciousness in union with the birth of the New Earth?

When you are in harmony with your heart, connected to your soul, a Light-energy radiates from your aura and can be transmitted over great distances. On the other hand, when you strongly oppose something – in revolt, anger, conflict… – your energy tends to interact with the very energy you are opposing in a whirlwind of discordant vibrations that attract each other … Even if something different comes out of this turmoil, it will preserve the memory of the original opposition. You may believe that you have created something new, but in reality you just reproduced the same in a different guise.

It can happen that the strong emotion that prompts you to exacerbate conflict may be related to the very essence of what you are refusing. During your incarnation on Earth, you participate in the energy field of humanity, where the adventures of Life in all forms are manifested. And in this field, over time, you have played a variety of roles, including those that have been identified with the shadow.

The shadow is never outside of you as humans; you bear its marks in your individual being – marks that demand acceptance, compassion, love of self. By transmuting them at all dimensions of your being, you are affecting the energy field of humanity. When facing others, who may still be prisoners of their shadows, your Light can revive the memory of the Love that gave birth to their souls – to your soul.

Unity in Love does not refer to a distant and elusive past or future – it is the very breath of Life. And when the consciousness of the divine within is finally awakened with each breath, one recognizes It everywhere in different blooming stages. This consciousness – the inner Christ – is at the heart of the universal human who will inhabit the New Earth.

But the universal human is not a utopia to be projected into an uncertain future. On the contrary, a growing number of humans – you, who I am now addressing – already embody this higher consciousness and build increasingly closer connections with the celestial worlds. By supporting you as the creators of your own reality, I would like to reflect, as in an amplifying mirror, the images that are already alive in your consciousness.

The universal human, emerging in each and every one of you, feels intimately connected to the soul through the subtle bodies. By consciously experiencing the multiple dimensions of your embodied being, you strengthen communication with the spiritual worlds; and even if your vibratory frequency does not allow you to cross the veil, nothing prevents you to open your channel and access the increasingly higher energies which are currently available on Earth.

The emerging universal human is perfectly aware of being immersed in cosmic life, not only through this incarnation on Earth, but also as a result of the experiences desired by his or her soul in other parts of the Universe. This being – unique and universal – feels intimately connected to all forms of life.

I am always by your side as a traveling companion who supports and loves you infinitely.

Transmitted by Jeshua to Teresa
To share, mentioning the source
https://terapiascristicas.pt/en/ 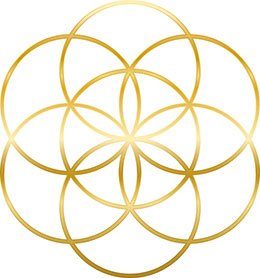 For information and appointment:
terapiascristicas@gmail.com